As a folk remedy, it has been used to treat colds and digestive ailments. The essential oil of cinnamon is anti-bacterial and anti-fungal. As a bonus, cinnamon is high in antioxidants.

Most of the powdered cinnamon sold in supermarkets is actually not cinnamon, but Cassia, a close relative with a stronger flavour and sticks that are thicker. 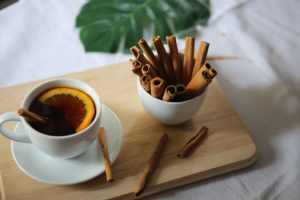 A mixture of honey and cinnamon has been used to enhance the flavour of cooked foods since early times. Their combination has also been used as a remedy for thousands of years, including in Oriental and Ayurvedic medicine. There have been claims over many years that the mixture is an effective remedy for many ailments.

In the mixture, cinnamon is in the form of powder or oil.

Manuka honey and cinnamon each have their own range of remarkable therapeutic benefits, but the combination is believed to be synergistic, being many times more powerful at healing than the sum of the two taken individually.

The honey-cinnamon combination is a natural food remedy that has been used to treat a wide range of common ailments.

However, there is an important caution: never give any kind of honey to infants under about 12 months of age because honey is antiseptic and can kill off the developing delicate gut bacteria.

The Manuka honey-cinnamon combination can be used to ease the symptoms of and/or promote healing for many different ailments. The following range of mixes for different ailments is put forward by Sue Bailey of South Yorkshire, UK, in the web address http://hubpages.com/profile/Sue+Bailey

For the abbreviations below: ‘Tbsp’ = tablespoon; ‘dsp’ = dessertspoon; ‘tsp’ = teaspoon.

Anti-ageing. Boil 3 cups of water to which has been added 4 tsp Manuka honey and 1 tsp cinnamon powder. Drink one-quarter cup, 3 or 4 times a day. This tea taken regularly helps control the free radicals that contribute to the ageing process.

Bad breath. Mix 1 tsp each of Manuka and cinnamon powder in hot water, and gargle.

Bladder infections. Drink a glass of warm water into which 1 tsp Manuka and 2 Tbsp cinnamon powder have been stirred.

Colds and coughs. Mix 1 Tbsp lukewarm Manuka with ¼ tsp cinnamon powder. Take once daily for 3 days. This can ease chronic coughs and colds and reduce blockage in sinuses.

Chronic fatigue. Stir 1 dsp Manuka into a glass of water and add a sprinkling of cinnamon powder. Consume daily around mid-afternoon when energy begins to fade.

Hair loss and baldness. Mix 1 Tbsp manuka honey and 1 tsp cinnamon in warm olive oil to make a paste. Rub paste onto scalp and leave on for 15 – 20 minutes, then wash off. Do this daily or at least a few times a week.

Indigestion. Mix 2 Tbsp manuka honey with ¼ tsp cinnamon powder and consume just before a meal that might cause indigestion.

Pimples. Mix to a paste 3 Tbsp manuka honey and 1 tsp cinnamon powder. Apply to the pimples and leave on for 1 hour. Wash off with warm water. Effect could be quite rapid.

Stomach upset. Mix 1 Tbsp Manuka with ¼ tsp cinnamon powder and consume after over-eating or for stomachache.

Weight Loss. Mix 2 tsp Manuka and ¼ tsp cinnamon powder in 1 cup moderately hot water. Drink 1 cup in the morning on an empty stomach 20 minutes before breakfast and again in the evening before retiring to bed. This seems to inhibit fat absorption and so aid weight loss.

The Natural Health Society of Australia and this website does not purport to provide medical advice or opinion and readers should not rely upon any information from this website for that purpose. All content on this website is published for informational purposes only. It is not intended to be a substitute for professional medical advice and should not be relied on as health or personal advice. More information is available through the privacy policy and disclaimer link below.