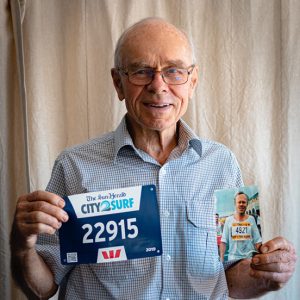 This month, our Health Director Roger French will be competing in Sydney’s ‘City to Surf’. If you attended our last NHSA webinar series  you will know that Roger has used this event as an annual health benchmark for close to 5 decades.

Many people in their 80’s wouldn’t dream of running a 14km event. Roger follows a vegetarian diet and believes that this alkalising diet has helped maintain his joint health, enabling such activities.

In TNH 2019, we wrote about Roman gladiators diets.

The article discussed how an archeological dig discovered remains with distinct types of mortal injuries that led researchers to believe they were the remains of Roman gladiators. Bone composition analysis suggested these gladiators ate a largely plant-based diet. Legionnaires, the Roman army troopers also famed for their abilities also ate a plant-based diet. 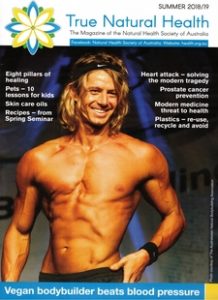 The Natural Health Society of Australia has been promoting the health benefits of a plant-based diet for 60 years. Unlike 60 years ago, the health and environmental benefits of eating a plant-based diet are now widely accepted. Even so, some people remain skeptical. Next time someone scoffs at your chickpea curry or lentil salad, or claims they need meat to support their exercise regime perhaps some of the examples above might help you sway their opinion?

BTW If you are interested in watching Roger’s City to Surf progress, follow our socials for updates.